The variety of communicational material always targeted on the connection of Fix with people, things, trends and facts. Several labels – many of which have been awarded through the years- posters of any kind and thematic advertisements, product promotion in beloved movies and many many more…

As a result, it is impossible for the Greek consumer to erase from his/her memory all those images where groups of celebrities or not, raise their glasses of Fix to enjoy themselves!

This journey and of course all those images are strongly connected with the latest history of Greece and this history will always have one thing in common. A Fix label.

Moreover, through this journey of decades it is proved that for its people, Fix beer is not just a simple – common product. It is the heart of the Greek way of living and Greeks’ daily life. 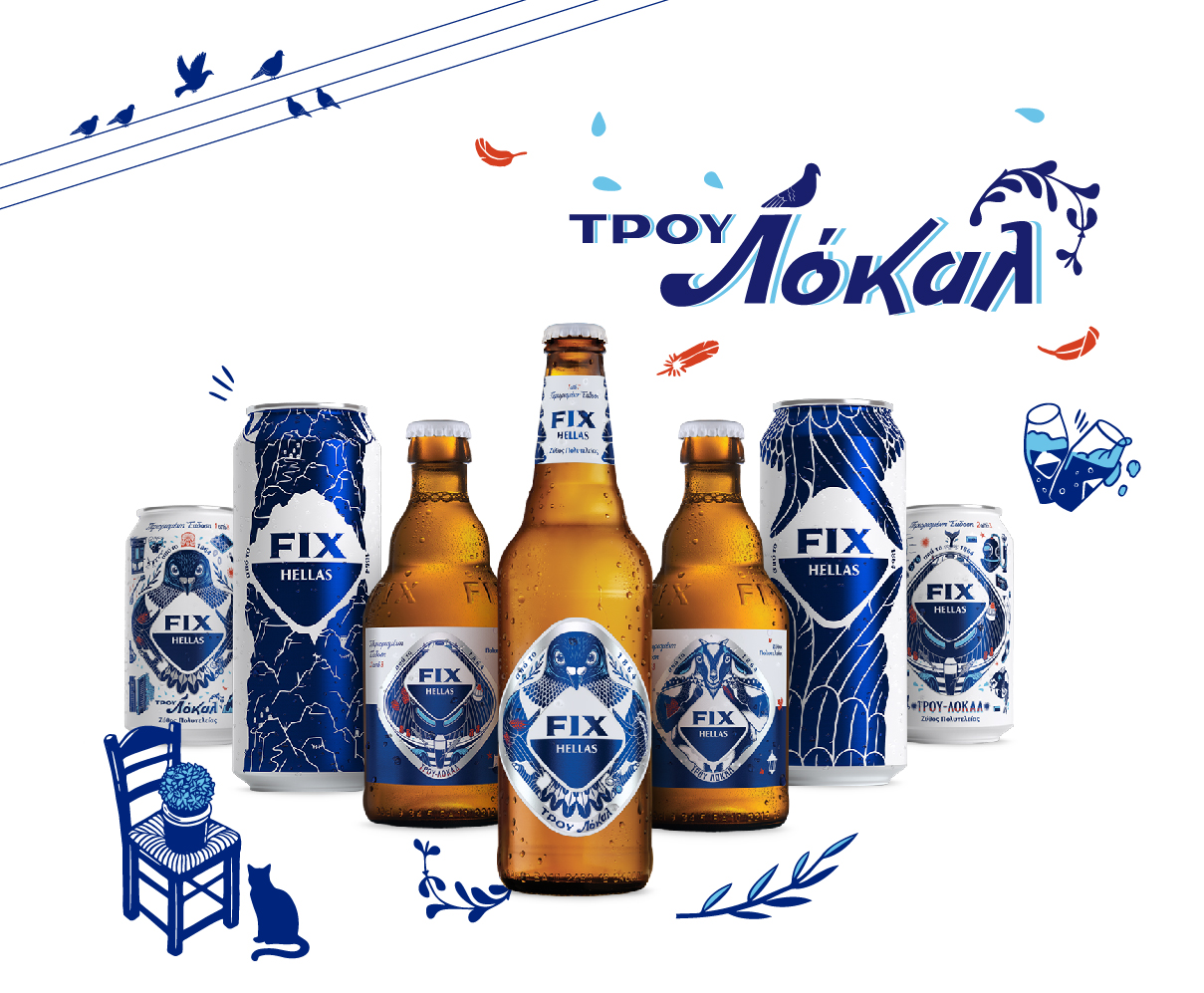 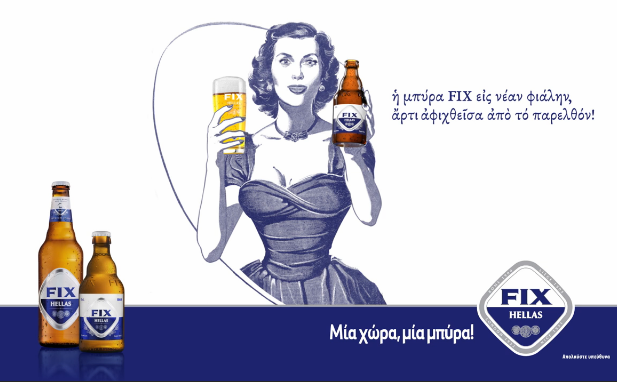 New Fix beer bottle, like in the old days! For more than 150 years the distinct bottle of Fix beer has been on every table! This retro bottle, a trademark of this historic beer, appears again on our tables reminding us that the authentic is timeless! 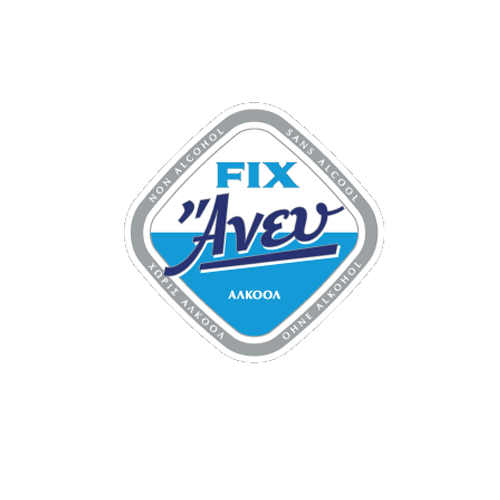 Capitalizing on its profound brewing expertise and being in line with the latest trends, FIX expands its range of products and innovates with FIX Άνευ, the non-alcohol beer that completely preserves the authentic taste of beer. At the same time, staying close to market needs, FIX also pioneers in the field of draught beer, utilizing the patented technology Draughtmaster ™, available in formulas DraughtMaster ™ Modular 20 and Flex. 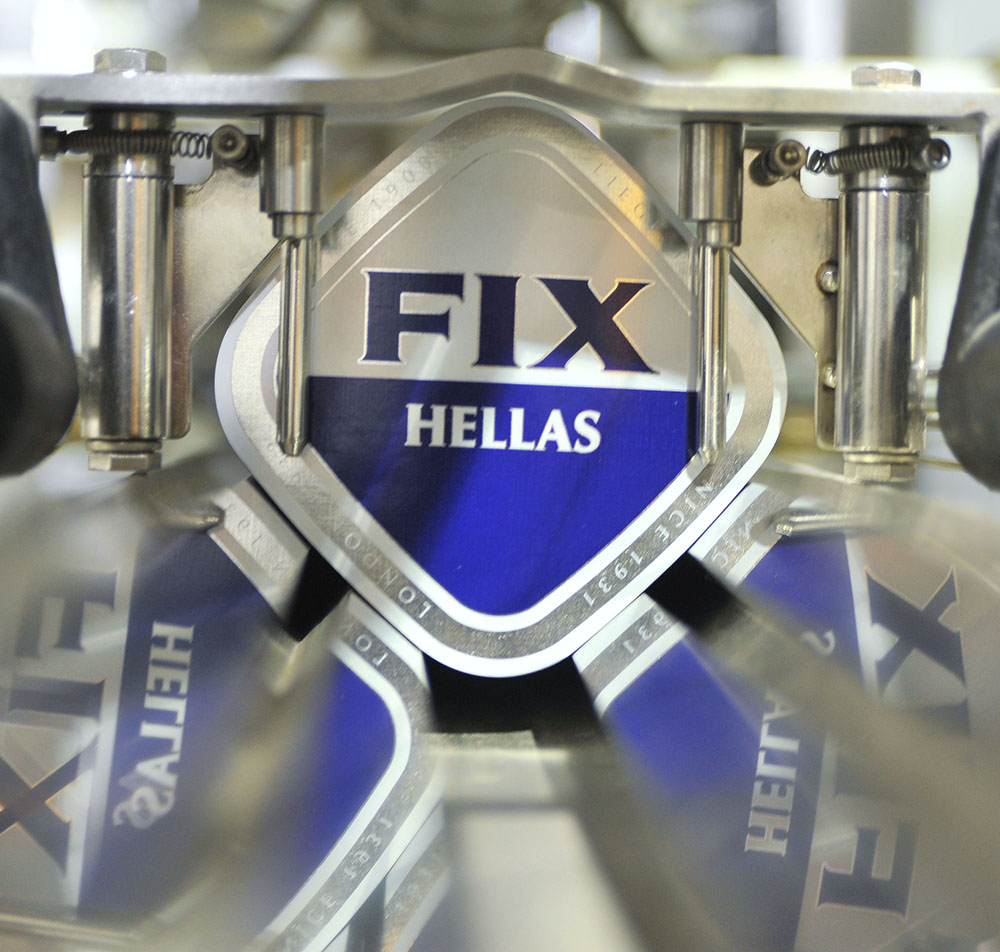 The merger of the companies Olympic Brewery S.A. and Mythos Brewery S.A. results in a strong and respectable corporation in the domestic beer market, the new Olympic Brewery. FIX Hellas, as a product of a company that combines Greek DNA and international footprint, continues its successful journey both in preference and consumers’ hearts! 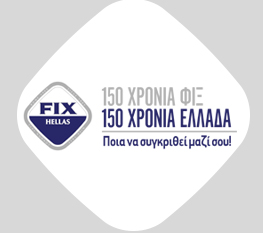 The cherished Greek beer reaches its 150-year anniversary in our country!

150 years, Greece and FIX go together … and the story continues, equally exciting! 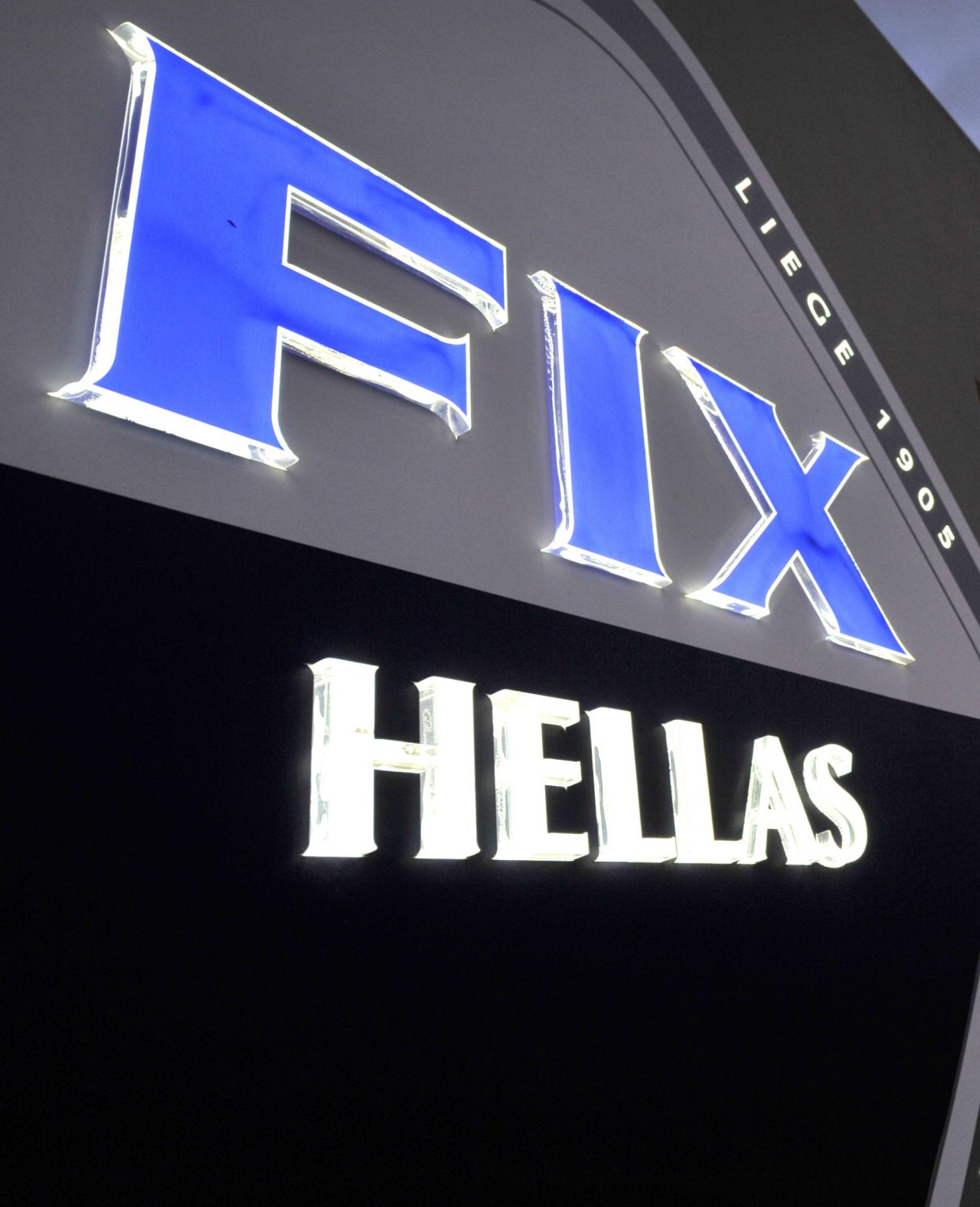 Having emerged as the 1st Greek beer brand in the domestic market, FIX Hellas its steady growth as an established love brand for the consumers and as a product that worthily represents the Greek beer market abroad.

FIX Hellas succeeded in meeting all the needs of the domestic market and decided to go beyond the Greek borders, in order to satisfy the “thirst” of the foreign markets which was high since the very first months of its launching. 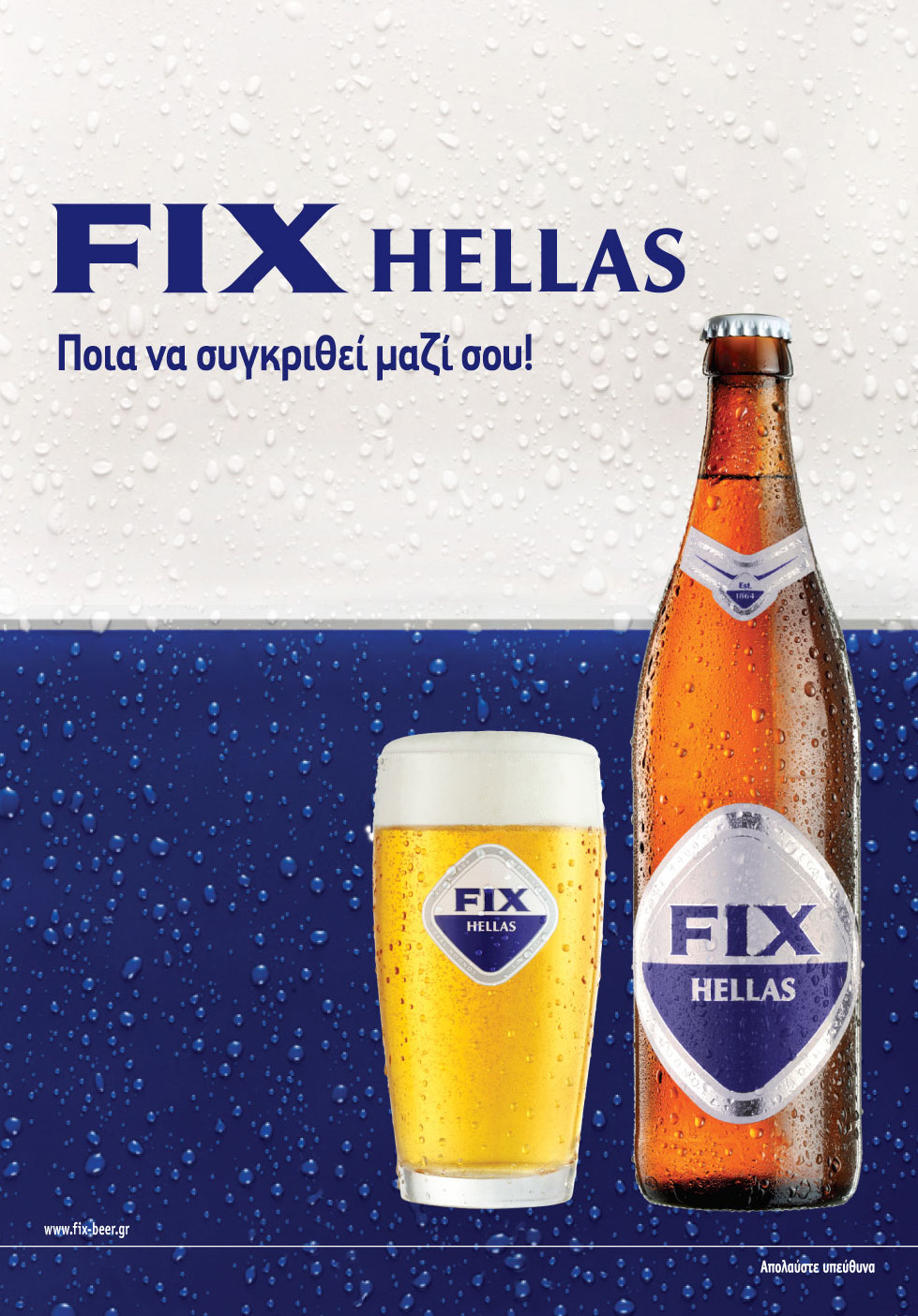 The second large investment consisting of an expansion of the plant was completed with a view to increase the production capacity allowing OLYMPIC BREWERY to meet the ever increasing demand. 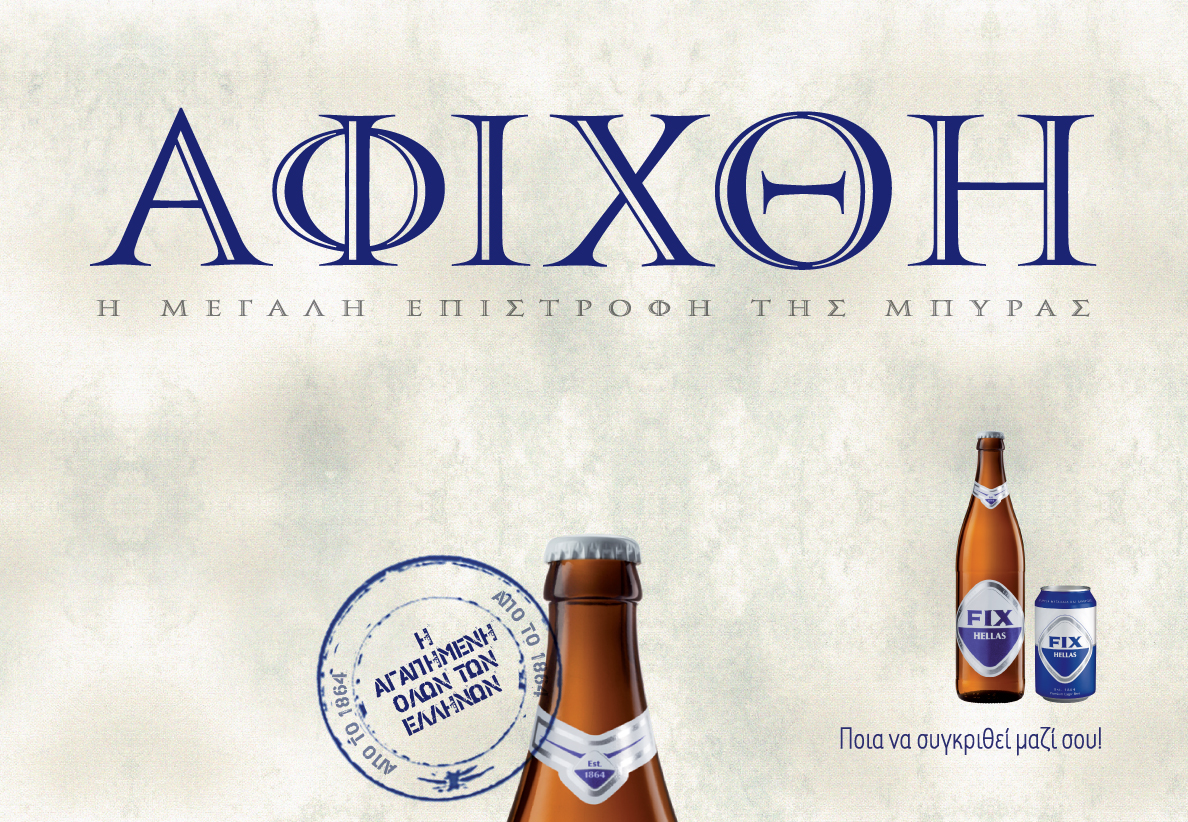 After the completion of a large scale investment, which resulted in the construction of a state-of-the-art brewery in Ritsona, Evoia, the historic beer FIX Hellas is once again available to the Greek market and to the consumers. The first bottle was made in March and in early April the big arrival of FIX was a fact! RecipesFrom the very first moment, people’s enthusiasm was great and beyond the most optimistic expectations. As a result, OLYMPIC BREWERY could only satisfy 20% of the total demand. Therefore, it had to find a solution.

Three Greek businessmen, Yiannis Chitos and Ilias and George Grekis took over the company OLYMPIAKI ZYTHOPOIIA (Olympic Brewery) as well as the trade mark of the oldest, most famous and favorite Greek beer, FIX Hellas. And that is how its story restarted… 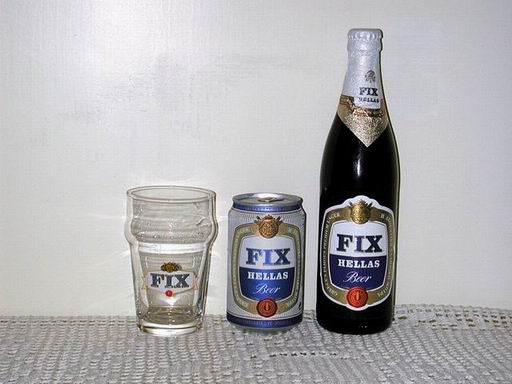 The Company D. KOURTAKIS SA took over the trade marks of FIX beer from the National Bank of Greece and started selling it on the market without great success. 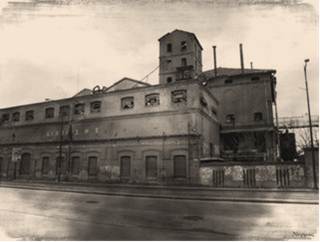 Time went by…due to the involvement of the Fix family to political conflicts and the intense competition of new beers that were introduced into the market, the plant closed down putting an end to the production of the most historic Greek beer. The Greeks favorite beer disappeared, taking with it thousands of moments, thoughts and memories…

The brand new brewery in Syggrou Avenue was ready. It was a state-of-the-art plant both in terms of equipment and design. The ground floor, for example, was totally covered with glass allowing people passing by from outside to see the beer making process! 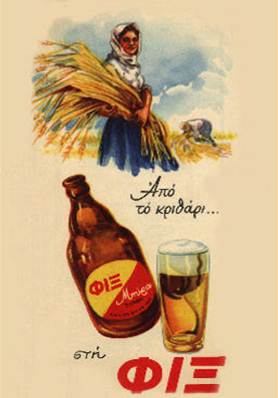 The “predominance” of FIX continued and Takis Zenetos, the “great kid of architecture” was entrusted with the refurbishment and expansion of the plant in Syggrou Avenue. 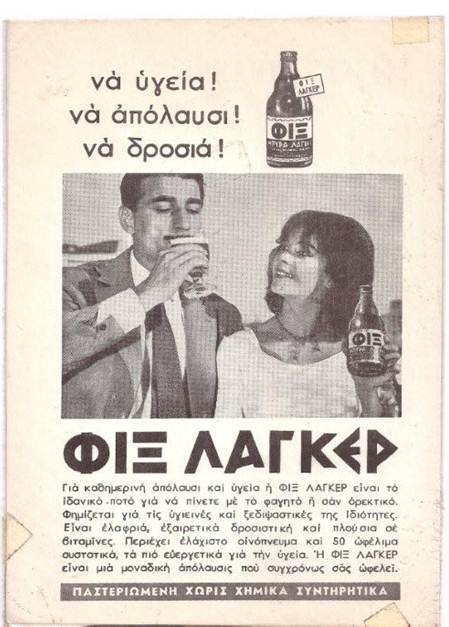 Karolos Fix died and left the plant to his two sons, Yiannis and Antonis who were working with him since they were young. The two brothers worked hard and managed to grow the business even further. They set up a malt house, in order to produce beer using Greek barley and built huge cooling rooms for preserving the surplus of the agricultural production. FIX became the synonym of beer in Greece and was present everywhere, in every house, group of friends, ads and even at the movies. 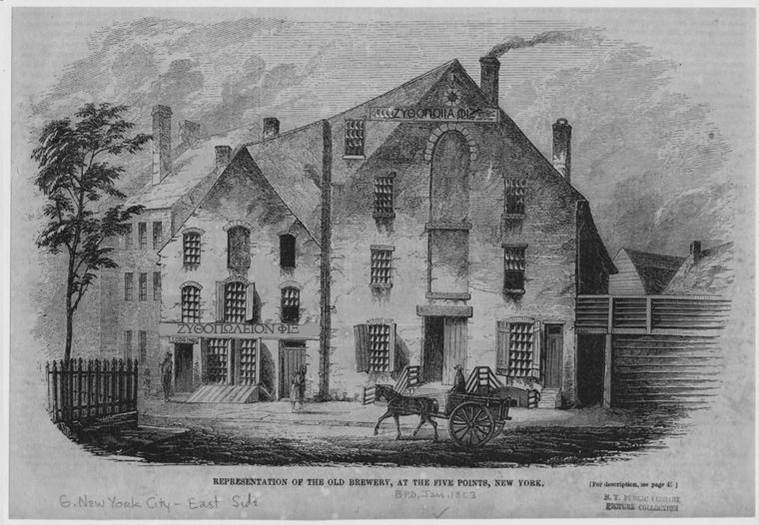 Karolos Fix was informed that in Europe they produced artificial cold. Without wasting time, he used his savings to equip his small plant with cooling equipment. This is how artificial ice was introduced in Greece for the first time. 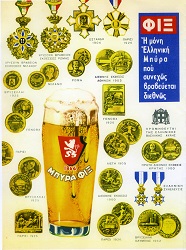 FIX beer got the “Gold Award” at the Milan Fair. Following this, it received successive awards at international exhibitions and competitions.

The number of clients kept on increasing and the space was no longer sufficient. Ioannis Fix decided to move his residence and shop to Syggrou Avenue which was still a suburb. His clients followed him because his beer was exceptional. In the meantime, he had got married and got two sons. The eldest undertook an active role in the business. The small handicraft started growing and a few years later became a steam-powered plant, which was equipped with the best quality beer-making machinery for that period. 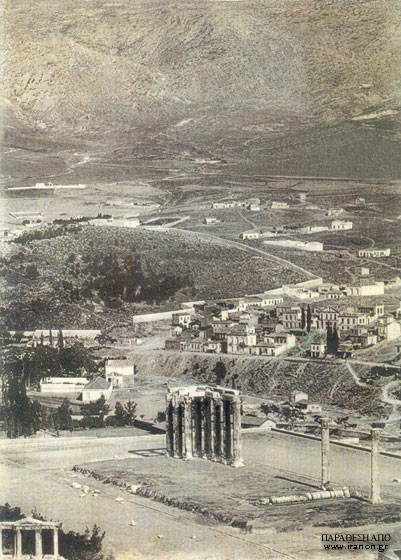 Fix opened his first beer house on Ardittos slopes. It was named ‘Metz’ after the battle that took place during the French-German war, in the French city of Metz. The same name was also given to the neighborhood where the beer house was.

Thanks to the beer’s great success, Ioannis Fix decided to move its brewery in Kolonaki, a suburb which was nearby. FIX beer gained popularity among Greeks, became fashionable and started expanding all over Athens.

When Greece was trying to recover, after its liberation from the Turks, Ioannis Fix came back from Munich to find his father. Ioannis moved to Heraklion (Attica) after his father was shot dead in Magoufana (currently the area of Pefki), to start producing beer as many Bavarian officers had moved to Greece during that period. As a result, Ioannis Fix started making the first beer in our country which was named after its family, FIX.